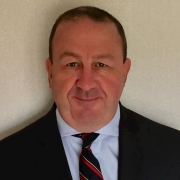 “We have the best Police and security services in the world, but countering terrorism is not just their responsibility, it is the responsibility of everyone.”

We are extremely fortunate as a nation that we are blessed with a huge variety of entertainment opportunities to choose from whatever our preference may be, ranging from sporting events, theatre shows, amusement parks, iconic tourist attractions and both cultural and music festivals. Coming from a policing and security background the question I constantly ask myself is what measures the venues and organisers have taken to mitigate against the terrorist threat and provide protection for the public. Some take this threat very seriously, which is apparent by the overt measures and physical security that is in place, whilst at others there is little visible evidence.
We live in a world now when very sadly it is not a matter of if there will be another terrorist attack, but when and it is unbelievable given the events of recent history that there is currently no legal obligation on venues to have counter terrorism policies and procedures in place, but only one of moral conscience. It is important that rather than knee jerk when an attack takes place that positive action is taken now to mitigate against the threat and to deter terrorists through primary legislation.
This last week the mother of Martyn Hett, who was a victim of the Manchester Arena attack, has championed a campaign for Martyn’s Law to be brought into statute, which is a call for more rigorous counter terrorism checks to be mandatory at all venues. Venues and organisers cannot be complacent and work on the premise that they will never be subject of an attack, just look back at the events in Manchester and in Paris at the Stade de France and Bataclan Theatre. In the words of the Greater Manchester Mayor Andy Burnham “Security against terror attacks at venues should be mandatory not discretionary.” We have the best Police and security services in the world, but countering terrorism is not just their responsibility it is the responsibility of everyone. Let’s act now to ensure proportionate measures are a legal requirement at all venues.

This website uses cookies to improve your experience while you navigate through the website. Out of these, the cookies that are categorized as necessary are stored on your browser as they are essential for the working of basic functionalities of the website. We also use third-party cookies that help us analyze and understand how you use this website. These cookies will be stored in your browser only with your consent. You also have the option to opt-out of these cookies. But opting out of some of these cookies may affect your browsing experience.
Necessary Always Enabled
Necessary cookies are absolutely essential for the website to function properly. This category only includes cookies that ensures basic functionalities and security features of the website. These cookies do not store any personal information.
Non-necessary
Any cookies that may not be particularly necessary for the website to function and is used specifically to collect user personal data via analytics, ads, other embedded contents are termed as non-necessary cookies. It is mandatory to procure user consent prior to running these cookies on your website.
SAVE & ACCEPT