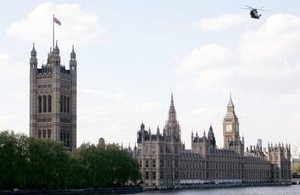 Vehicles as weapons (VAW) is a low complexity methodology requiring little or no training. With a plentiful source of vehicles on UK roads, it is therefore within the capability of individuals to try and steal one and use it in an attack.

Crowded public spaces are targeted by this type of attack. There are a range of online terrorist and extremist materials aimed at inspiring terrorists to carry out VAW attacks and previous attacks have encouraged copycats, who now see VAW as a successful means to cause terror. Lorries and vans pose an increased risk if used in VAW attacks because of their size, profile and weight, all of which increase the potential impact.

This is a real threat: there have been numerous VAW attacks in the UK and around the world in recent years, killing and injuring hundreds of innocent people.

Following this guidance will help reduce the possibility of one of your vehicles being used as a weapon.

This website uses cookies to improve your experience while you navigate through the website. Out of these, the cookies that are categorized as necessary are stored on your browser as they are essential for the working of basic functionalities of the website. We also use third-party cookies that help us analyze and understand how you use this website. These cookies will be stored in your browser only with your consent. You also have the option to opt-out of these cookies. But opting out of some of these cookies may affect your browsing experience.
Necessary Always Enabled

Any cookies that may not be particularly necessary for the website to function and is used specifically to collect user personal data via analytics, ads, other embedded contents are termed as non-necessary cookies. It is mandatory to procure user consent prior to running these cookies on your website.